It’s been a little while since I’ve updated menus. Here is a selection of dishes from the past few weeks. 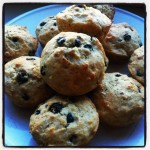 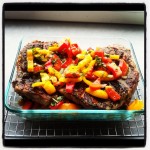 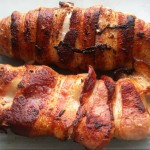 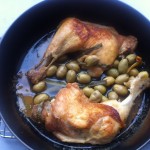 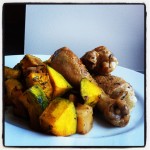 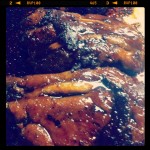 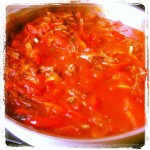 I heard about Oprah’s vegan challenge through the grapevine (you know, Twitter). I was immediately skeptical. The last time I saw Michael Pollan on Oprah, his segment was followed by a vegan segment with Alicia Silverstone. Pollan, in case you don’t know, is an advocate of unprocessed, whole-foods, mostly plant-based eating. Ms. Silverstone’s segment was about how and why she became a vegan. The cameras followed her through a shopping trip at Whole Foods Market, and I distinctly remember a number of processed, soy-based meat alternatives going into her shopping cart. And this was after Ms. Silverstone herself spoke of the importance of eating whole foods.

One of my Twitter-folk shared this blog post by food writer Dawn Viola of Wicked Good Dinners:  Oprah’s Vegan Challenge, Not a Vegetable in Site. Turns out I was right to be skeptical: “…Kathy had filled Jill’s entire shopping cart with processed soy and meat substitutes, cheese substitutes, milk, butter and egg substitutes, without one fruit, vegetable, grain, nut, seed or bean represented in its natural form.”

So this is why I get frustrated with some vegans (I definitely know vegans who lead a mostly whole-food, meat-substitute-free lifestyle). I don’t see how processed meat substitutes made of corn and soy are sustainable — they’re certainly not healthy. In an episode of Krista Tippet on Being, Dan Barber talks about New York State’s ecology:

“My ecological conditions are dictating that we eat a lot of meat because we’re grassland. What we grow best… is an amazing diversity of healthful grass for animals. …For me to be a vegetarian, and be a strict advocate of it wouldn’t be listening to the ecology of it that the land is telling us it wants to grow.”

I simply don’t buy the argument that eating vegan in New York State is the healthful, sustainable choice. Now, if you live in southern California, where the growing season lasts 13 months out of the year (which is weird, I know, since there are only 12 months in the calendar year), going vegan makes a whole lot more sense. Eating a lot of beef and dairy makes very little sense out there since the land is not naturally grassland. There’s a lot of desert, and sustaining livestock involves irrigation and all sorts of finagling with the natural terrain. Dan Barber continues:

“If you want to be in New England, and you want to improve the ecological conditions of where you are, you’re eating meat. There’s no question about it. There is no healthy ecological system that I’ve ever seen that doesn’t include animals. It just doesn’t. Because the manure from the animals is a free ecological resource that amends the soil that gives you better tasting and healthful vegetables. That’s been around since the beginning of time.”

In a future post, I’ll discuss the health benefits of eating grass-fed meat and dairy. Also, the differences in the fat/nutrient profiles of grass-fed versus grain-fed meat.