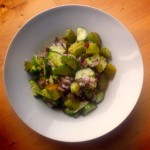 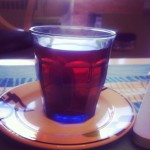 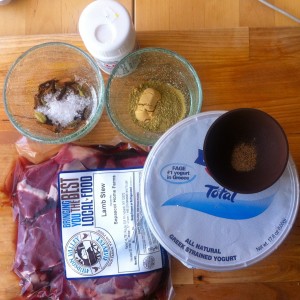 I was looking at old photo files, and I came across diagrams of how to braid 3-, 4-, 5-, and 6-stranded challah loaves. I’ve never attempted four or five strands, so I did that tonight! I think five braids is my favorite, but they’re all quite pretty. 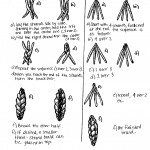 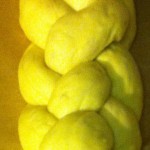 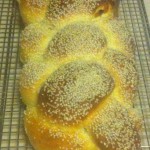 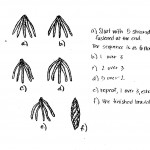 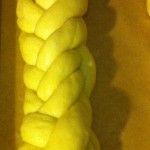 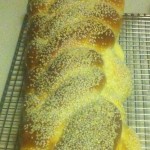 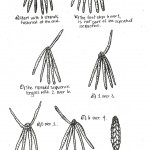 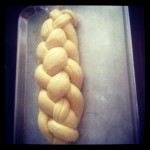 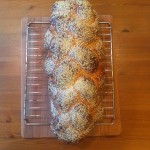 Challah is my favorite thing to bake, hands down. I don’t do it often, but I relish every opportunity to bake a couple of loaves for friends and family. My friend Vered invited me to her family’s Rosh Hashanah dinner, so I decided to bring a couple of loaves of round challah (the traditional shape for starting the New Year), one with golden raisins, one with sesame seeds.

My favorite challah recipe comes from Deb Perelman’s blog, Smitten Kitchen. It’s an adaptation from Jewish cookery guru Joan Nathan. However, I did not follow Deb’s instructions on how to braid a round challah (though, her directions on how to weave a six-stranded challah are perfect). A while back, I researched how to weave a round challah, and I came across this gem from Chabad’s website. That link shows you how to weave the challah, and also how to incorporate raisins into the dough without driving yourself crazy. 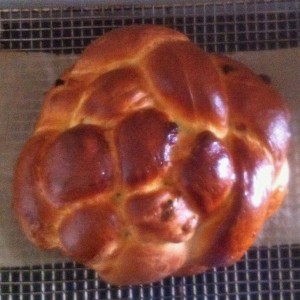 The raisin challah. Vered’s mom said it reminded her of her own mother’s challah. The ultimate compliment!

As Deb (by way of Joan Nathan) suggests, I allowed the dough to rise three times — the second rising took place in the fridge overnight. In the future, I’d probably double the raisins because, while I’m not the biggest fan of raisins generally, I do like a very raisiny raisin bread. 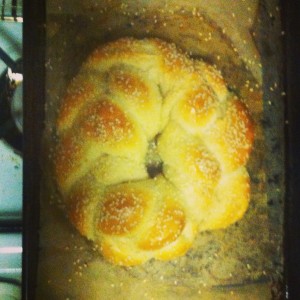 I even made a baby challah wreath for myself. 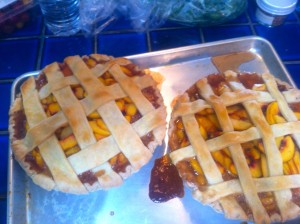 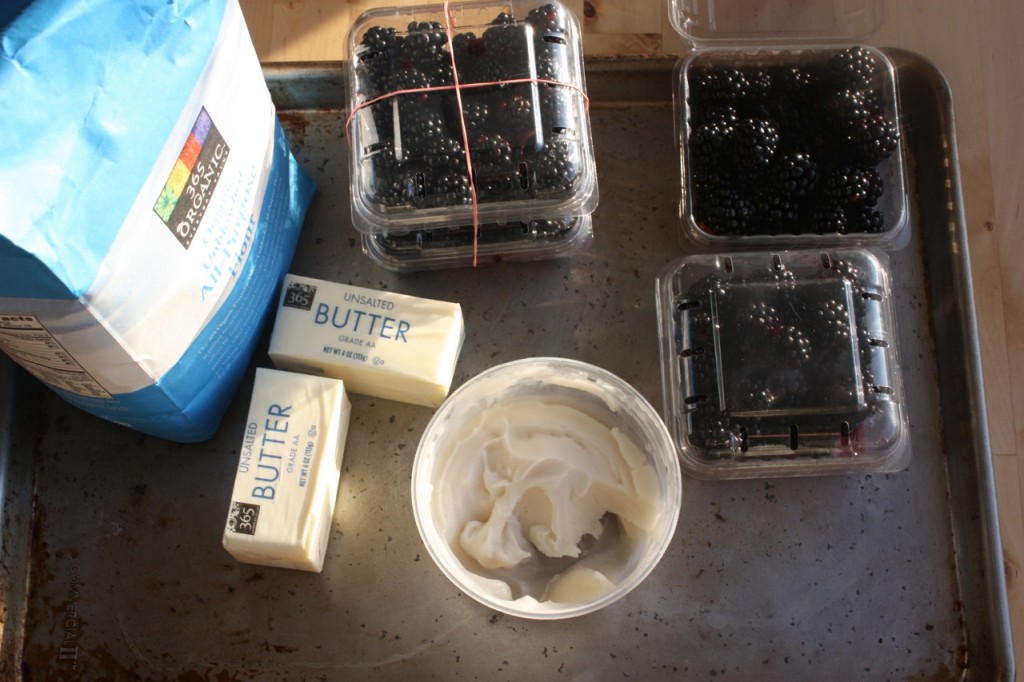 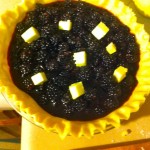 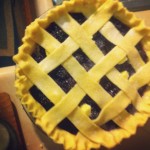 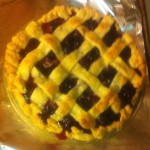 I started a dinner series in May called Salt & Pomegranates. I’ve long wanted to explore Persian cuisine and cuisine from the Republic of Georgia. Since I live alone (and, honestly, don’t like cooking for one), I decided to start a supper club, which would give me the opportunity to explore new recipes and to entertain about a dozen people at a time. Two of my favorite activities on earth! 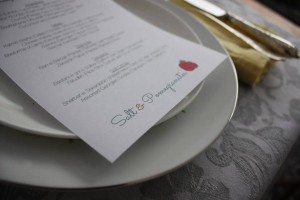 Why the name? The saltshaker, as you know, is the logo for my personal cheffing business. I decided a while back that any endeavor I undertake would have to have salt somewhere in the title. (For example, I used to hold an art and culinary salon that was called Salt Salon.) And pomegranates are a prominent ingredient in Persian and Georgian cooking. You’d be hard pressed to find a Persian cookbook that didn’t have a pomegranate on the cover. Also, I have fond memories of sitting on the floor of my cousin’s living room, newspaper spread on the coffee table, tearing into pomegranates as a kid. I even have two pomegranates tattooed on my back. Salt & Pomegranates also evokes the savory preparations of pomegranates that is pervasive in dishes from Iran, Georgia, and many countries in between. (Plus, I just think the title sounds kind of poetic.)

Feasts take place in Brooklyn, and I hope to bring them to cities around the US where I have friends posted. Please check out the website — SaltandPomegranates.com — and sign up to receive updates on the Contact Page.

I’ll leave you with a recipe that incorporates salt and pomegranates — Basturma of Lamb, a Georgian kebab recipe from one of the inspirational cookbooks I’ve been working out of. 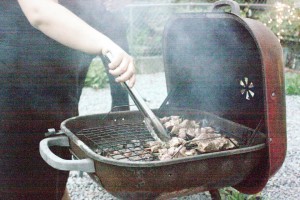 Basturma of Lamb
from Darra Goldstein’s The Georgian Feast

Note: I used bottled, not-from-concentrate pomegranate juice. During the winter, when pomegranates are in season, I would suggest using freshly-squeezed juice.